Interview of Jean Freedman by Deborah Kalb about Peggy Seeger

Peggy Seeger:
A Life of Music, Love, and Politics

a book by Jean R. Freedman

The first full-length biography of the music legend.

Born into folk music’s first family, Peggy Seeger has blazed her own trail artistically and personally. Jean R. Freedman draws on a wealth of research and conversations with Seeger to tell the life story of one of music’s most charismatic performers.

Jean’s biography of Peggy Seeger is now available for the visually impaired through Bookshare.
“Peggy Seeger has lived her life at the sharp end of folk music. Jean Freedman tells the story of this free-spirited artist and agitator.”–Billy Bragg

“O, how I love this book! It gives me everything I wanted to know about my friend, the salty and sweet Peggy Seeger and her unique and prolific family. All the pain is there, but so are the achievements and the joys. This book goes on my shelf next to The Mayor of MacDougal Street, and I can offer no higher praise than that.” —Tom Paxton

“The greatest challenge for a biographer is to go beyond a chronology of dates and events, however detailed, and to capture fully the subject’s warmth, wit, courage, character, soul, spirit. In the best biographies, those readers who know the subject will feel that she’s actually in the room with them, absolutely present and political, laughing and singing—and those who have not yet met her in person will hope fervently the day comes soon when they meet her face to face, voice to voice. Jean R. Freedman has wrought a true miracle, making Peggy almost as alive on the page as she is on the stage, with all of her wonderful complexity, passion and depth. Don’t just read this book—listen to it, with open ears and heart.”—Si Kahn, civil rights, union and community organizer and musician

Peggy Seeger, the daughter of musicologist Charles Seeger and award-winning composer Ruth Crawford Seeger, was, perhaps, destined for a life of music.  But what a life! 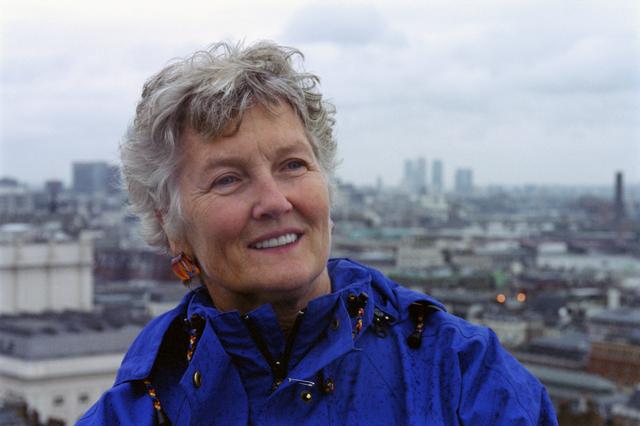 Following in the footsteps of her brothers Pete and Mike, Peggy began recording and performing American folk songs while still in her teens.  In 1955, after two years at Radcliffe College, she left to spend a year in the Netherlands with her brother Charles and his family.  She then spent several years traveling throughout Europe and to Russia and China.  In 1959, she settled in England with the playwright and folksinger Ewan MacColl.  With Ewan and as a solo artist, Peggy recorded American and British folk music, toured extensively, helped organize one of the first folk clubs in the UK, wrote books, led workshops, and wrote and performed music for radio, television, film, and theater.  Her passion for justice is expressed in the many songs she has written championing human rights and condemning the destruction of the environment.

Ewan MacColl died in 1989, and in 1994, Peggy returned to the United States.  She spent 12 years in Asheville, North Carolina, while continuing to tour, record, and write songs.  In 2006, she moved to Boston to teach songwriting at Northeastern University.  In 2010, she returned to England, where she continues her exceptional career.  Her most recent album, Everything Changes, was released in 2014.  It is composed primarily of original songs, one of which, “Swim to the Star,” was named Best Original Song in the BBC Radio 2 Folk Awards in 2015.  A new album is currently in preparation.  Peggy has also written a memoir, “First Time Ever“, which is a companion piece to this biography and is available now.

“Read this book; if you love folk music you will want to own it . You will learn everything you wanted to know about Peggy Seeger, but were afraid to ask. In the great tradition of the Life of Samuel Johnson, Jean R. Freedman’s thoroughly researched book is the definitive biography  a masterpiece.”

“Drawing on personal interviews, letters, diaries, and archival sources, Freedman illuminates Seeger’s life and career, creating a powerful, in-depth portrait of the woman, artist, activist, and champion of the folk music genre..  This consummately researched and engagingly readable biography, with comprehensive material about the folk music revival and its historical framework skillfully woven in, deserves more than one reading and should be accompanied by listening to selections from the generous list of recordings cited.  A must.”

“In this vastly detailed biography, Freedman not only examines Seeger’s personal metamorphosis from daughter to lover to wife to partner in a same-sex marriage but also presents an elaborately detailed investigation of Seeger’s enduring musical legacy.”

Peggy Seeger: A Life in Music, Love, and Politics—available NOW!

Order from University of Illinois Press
Order on Amazon

Whistling in the Dark: Memory and Culture in Wartime London
Buy